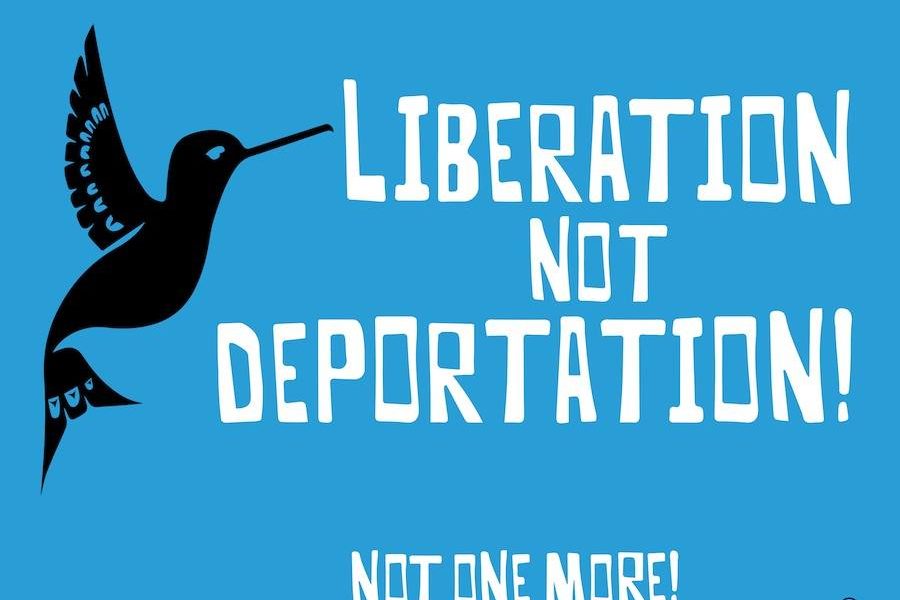 Community Defense Fund ~ In April 2018,  four men who have lived in our community for over 15 years were arrested by ICE in Chatham County.  As part of this raid, more than 30 individuals were detained in Orange and Chatham Counties.

In Chatham, four men were detained – 2 Guatemalan brothers, a father from El Salvador and a Guatemalan man from Pittsboro.  Their wives and children were devastated.

The Liaison helped the 3 Siler City families secure legal representation. In May 2018, they were back with their families after being released on immigration bonds. Sadly,  the fourth man was not able to fight his case and was deported  to Guatemala. In response, we launched a COMMUNITY DEFENSE FUND to raise money  for legal representation.

Thanks to 246 donors, we were able to contribute nearly $10,000 toward the legal fees for families impacted by ICE detentions! 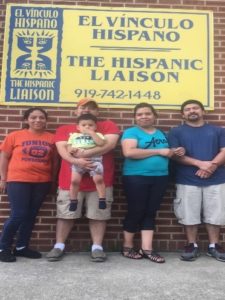 Marco Antonio with wife & child, and his brother Hugo with his wife

The Liaison helps families impacted by ICE raids and deportations to access legal services and other resources; we also keep our community informed about their rights when faced by ICE agents .